Shangri-La Hotel, At The Shard, London is the first elevated luxury hotel in the city. It offers 202 guestrooms and suites – located on levels 34 and 52 of The Shard, Western Europe’s tallest building. With unparalleled views across London, the hotel features several signature dining venues and three river-facing event spaces. Level 52 of the hotel is home to Western Europe’s highest infinity pool and bar, as well as a 24-hour gym.

The iconic building was designed by internationally acclaimed architect Renzo Piano and is located on the South Bank of the River Thames. The hotel is nearby the financial hubs of the City and Canary Wharf; and within walking distance to London’s surrounding landmarks including the Tate Modern, the Tower of London, St. Paul’s Cathedral, Shakespeare's Globe and Borough Market.

The hotel’s 187 guest rooms and 17 suites inclusive of three signature suites are located on levels 36 to 50, and all offer unobstructed views across London. The design layout of each room is unique due to the Shard’s spire shape, yet each guest room features an exquisite, soothing colour scheme and mood lighting, enabling guests to escape the bustling city below and relax.

Occupying levels 34-52, the Shangri-La Hotel at The Shard, London offers 5-star luxury and breathtaking views of the capital and beyond. It features an exquisite restaurant and serves cocktails until late at the highest bar in London.

Each uniquely designed guest room has floor-to-ceiling windows providing spectacular views of the city, and maintains the theme of Oriental elegance found throughout the hotel. Featuring the body-contouring-technology ‘Shangri-La Bed’, rooms include a TV, coffee machine, complimentary WiFi and a set of binoculars.

The hotel features 3 dining and drinking venues, including TING, the signature restaurant and lounge on level 35, while Bar 31 is a friendly neighborhood bar. GŎNG, set on level 52, provides the setting for London's highest champagne and cocktail bar.

Shangri-La Hotel at The Shard is located on St Thomas Street, less than 1 minutes' walk from London Bridge Train and Tube Station.

The Tower of London and Tower Bridge can be reached in 20 minutes by foot. You can enjoy a stroll along the River Thames' South Bank to The London Eye, Big Ben and Westminster, approximately 1.5 miles away. 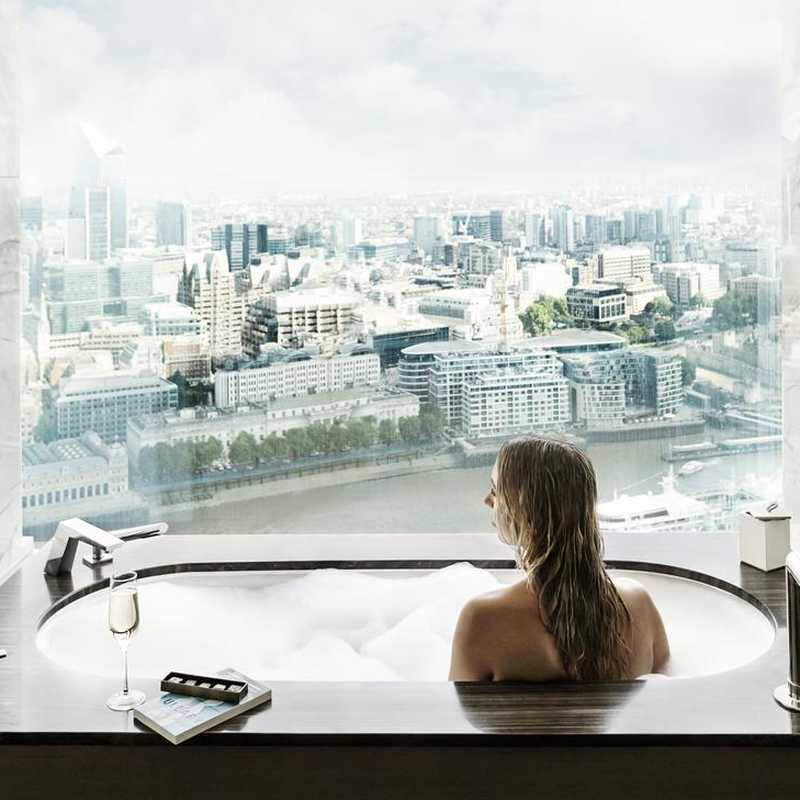